Who gets head lice

Head lice exist in all countries, in all age groups and in all strata of society. Unlike body lice, head lice are completely indifferent to the hygiene of the host, meaning that they thrive just as well in clean hair as in dirty hair.

The type of people most likely to be exposed to head lice infestation varies from country to country and depends highly on the social structure of the society with regards to housing, family models, school and childcare, as well as whether head lice infestation is socially accepted. In some countries, it is unacceptable to have head lice, whereas in others it is regarded as a minor problem compared to other health issues the population is exposed to. 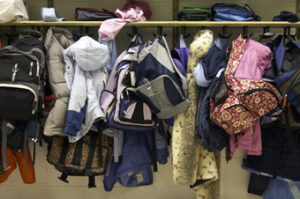 The percentage of the population infested with head lice varies a good deal from country to country and depends on the groups studied. Most studies are on schoolchildren and results show a variation from a few to nearly a hundred percent infestation rate in some groups. In other countries, studies show no significance between age groups and infestation.

Girls (and women) are regarded as particularly infestation-prone. Again, studies show that this is not a general tendency in all countries. Other factors like housing, behaviour and hair length play a part as well. Other studies demonstrate, however, that hair length has less impact on whether people have head lice or not. Cramped housing may prone a higher risk than sex or hair length when it comes to exposure to head lice.

In many Western countries there is a clear tendency to find more cases of head lice after the school holidays. After the Christmas break, and especially after the summer holidays, cases of head lice flare up. This is probably because the children have had contact to children outside the usual circle of friends during the holidays. Furthermore, parents tend to ‘forget’ to check for head lice during the holiday periods.

There are no decisive factors as to who gets head lice – everybody can get them. Close contact between people, undetected infestation and negligence of the problem are the main reasons to why head lice infestations remain a common problem.