HOW DO HEAD LICE MAINTAIN THEIR FLUID BALANCE

Head lice dehydrate fast. This is because they have a different fluid balance to most other bloodsucking insects.

Normally, many bloodsucking insects get rid of their surplus water via their urine or faeces – this is not the case for the head louse. It excretes only dry faeces.

By contractions of their blood-filled intestine, the water is squeezed out into their body fluid (see video at the right). Then the head lice secrete the surplus water through their widely ramified respiratory system. The dry faeces, which look like small black beads on a string, prove an advantage to the head lice as they fall out of the hair or are dissolved when the hair is washed. Thus, as they soil the scalp and hair of the host only to a small degree, the head lice have a relatively small risk of being detected because of their faeces.

However, the somewhat unique fluid balance of the head louse makes it more exposed should it become separated from its host. If the louse is removed from its host for more than three hours, it will be incapable of sucking blood should it come back to a host. This is probably because it gets to dehydrated to be able to produce sufficient saliva to prevent the blood from clotting while sucking the blood. 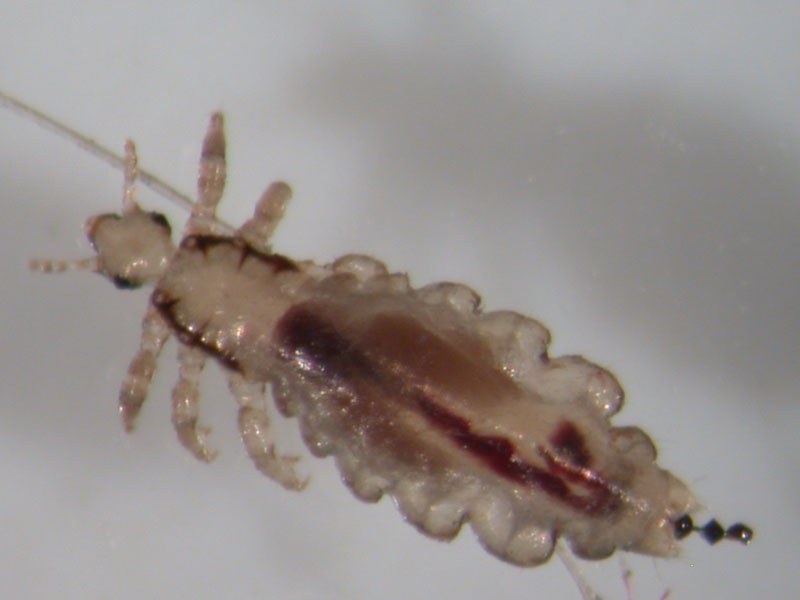 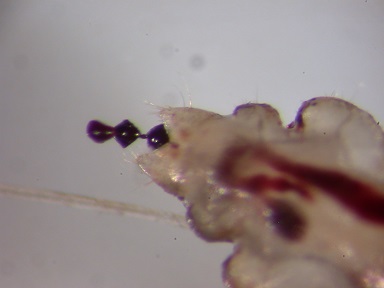