In general, the females begin to oviposit 24 hours from the final cast of skin. She lays only one egg at a time, because each egg fills 20 per cent her abdomen. Yet she lays an average of 5 eggs per day.

The actual oviposition is relatively quick. At first, the female head louse finds a suitable place on the hair by the scalp, where she secretes a drop, which glues the egg to the hair. Then she lays the egg in the drop of secrete, while simultaneously moving forward in order not to glue to the hair herself.

The eggs are mainly laid on the hair behind a line from the tip of the ears to the top of the crown. Usually, the eggs are deposited close to the scalp, where there is sufficient warmth and humidity for an optimal development.

It is not known precisely how many eggs a female louse can lay in a day, but if an adult female head louse lives approximately 20 days, she can lay a maximum of 100 eggs during her life time. However, some of the eggs will not be fertilized and other eggs never hatch.

The newly laid egg may look coloured, but in fact, it is colourless and transparent. The egg seems coloured because the surface of the egg acts like a lens, reflecting the colour of the surrounding hair. As a result, the eggs become more difficult to spot. Contrary, hatched eggs appear whitish and are easy to see with the naked eye. 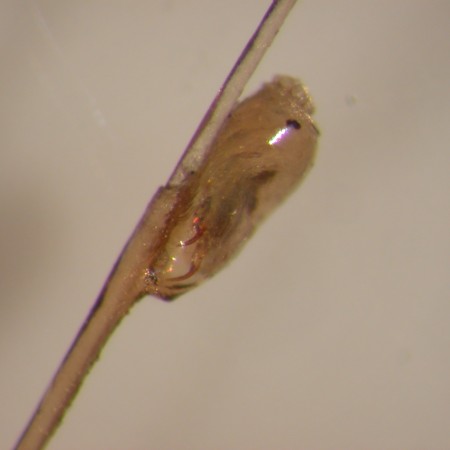 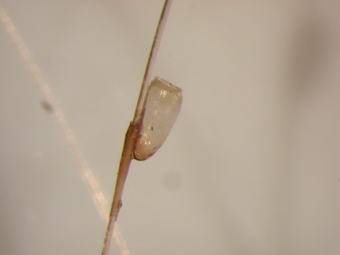